KNOWN TO HAVE PLANETS

Not many years ago, we simply did not know which of the closest stars to Earth had planets. In fact, we did not know if our solar system was the only star system in the universe to have planets. Today, we know of nearly 4,000 extrasolar planets. This remains an ongoing discovery.

Planets, on the other hand, are far smaller than stars and only reflect light. And from the distance from Earth to those other stars, planets are visually so close to their suns that the glare of the star makes it virtually impossible to separate out the feeble reflection of those planets.

Scientists have devised some clever techniques for detecting planets, but we won’t talk about those techniques. Here, we’re only going to look at the 10 closest stars to Earth known to have planets, and a few other things for the sake of context.

First, let’s define some terms so we have a better idea what we’re talking about.

ARE ALL STARS SUNS?

Looking at stars from Earth, it’s hard to tell how far away they are. Some of the brightest stars in our night sky are extremely far away. For example, bright Rigel, at the foot of Orion, is roughly 900 light years distance.

The closest star outside the solar system, Proxima Centauri, can only be seen with a powerful telescope, despite its closeness of a little more than 4 light years.

Are all stars suns?
The answer depends on your definition of “sun.” Some feel that our sun is the only sun. Astronomer and writer, Rod Martin, Jr. has asked us to consider “sun” to mean any star which has a family of planets.

Our sun already has its own unique name—Sol. So, we don’t need to reserve “sun” for the star that warms our planet.

And this brings up another problem. The term “solar system” has been used rather loosely to mean any planetary system.

But Martin points out that “solar” means “of Sol”—the name of our one sun. So, strictly speaking there is only one solar system—the planets belonging to Sol.

Say your family name is Garcia. Naturally, your house is the Garcia home. 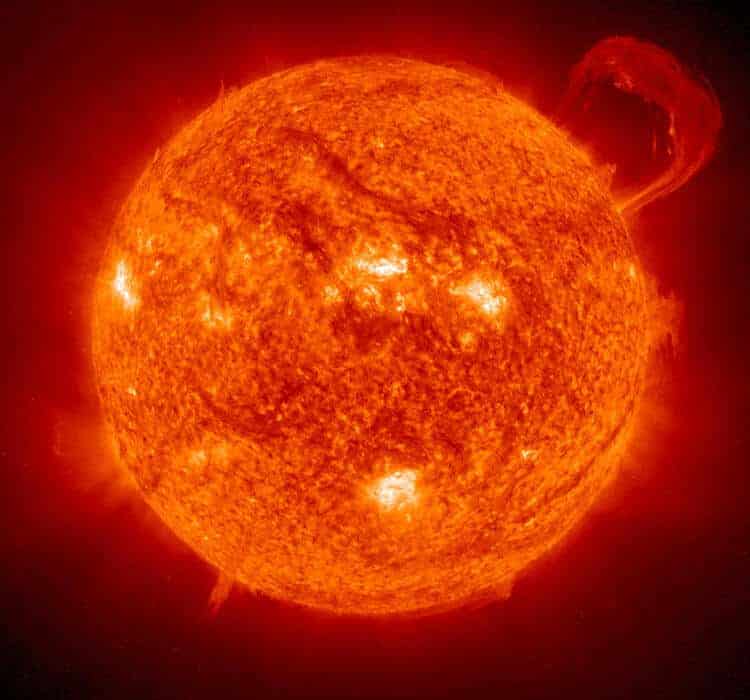 To call every house a “Garcia home” would prove confusing, especially when the house belongs to the Rodriguez family or to the Martin family. So, the solar system is the system belonging to Sol.

WHAT ARE THE 10 CLOSET STARS TO EARTH?

The two key measures of stellar distances are light years and parsecs. Astronomers normally use parsec, while the public-at-large typically uses light year. Both measures are based on the orbit of Earth. Parsec is the reciprocal of stellar parallax—the apparent motion of the nearer star against a field of more distant stars as Earth goes from one side of the solar system to the other. Light year isthe distance light travels in oneEarth year—9.5 trillion km (5.88 trillion miles). 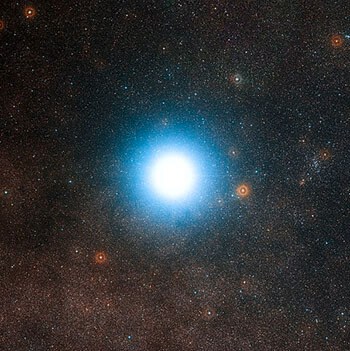 Also known as Proxima Centauri, because of its closeness to Sol, our sun (4.22, M5V), 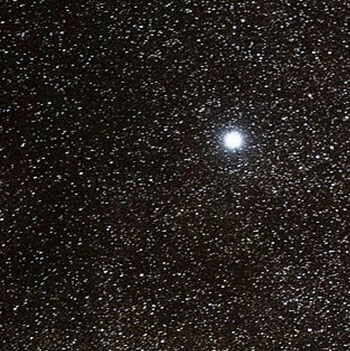 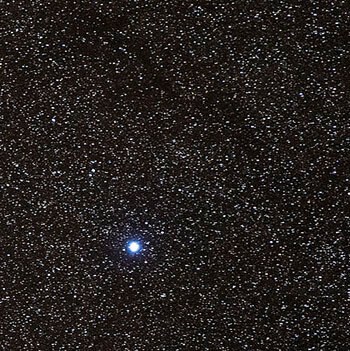 The other 7 stars are: 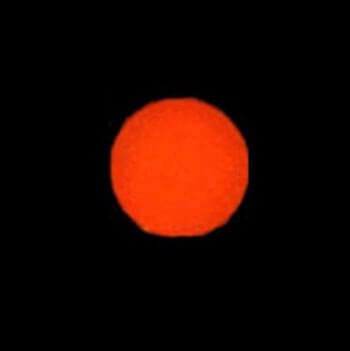 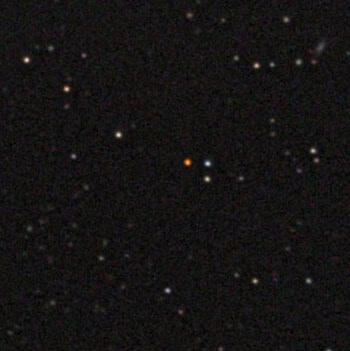 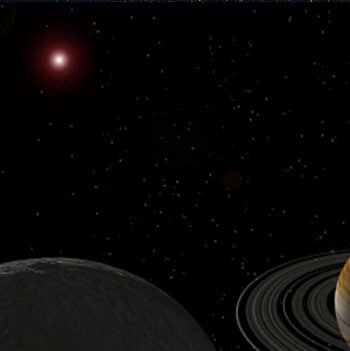 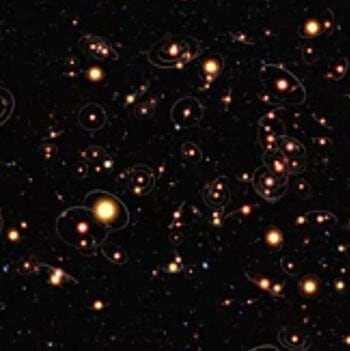 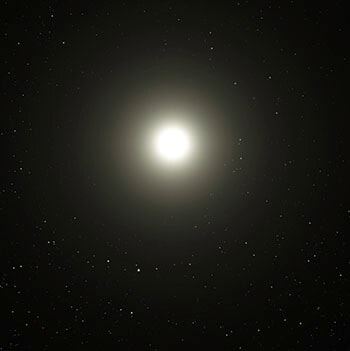 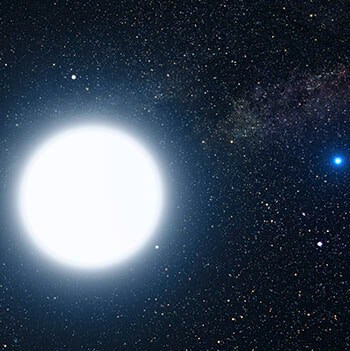 If you were counting, you likely noticed there are a total of 11 closest stars. This is because #10 includes a double star—Alpha Canis Majoris, also known as Sirius, and its white dwarf companion, Sirius B.

How far is Alpha Centauri from Earth in terms most of us would understand?After all, a light year is not the sort of thing that enters our everyday conversations.

Let’s say a jet travels at 800 kph (500 mph). A light year is about 9.46 trillion kilometers (5.88 trillion miles). Our space-worthy jet could travel one light year in 1.3 million years. It could make the distance to Proxima Centauri in 5.66 million years.

We’ve answered the question, “How far is Alpha Centauri from Earth?” It becomes abundantly clear that any meaningful star travel needs a far faster ship. Theoretically, it’s possible to make it to Alpha Centauri in two or three decades, using some kind of ion drive to accelerate up to a significant portion of the speed of light, and then to decelerate to match the intrinsic velocity of Alpha Centauri. But that would be a one-way trip. A 30-year-old astronaut would be 50 or 60 by the time he or she got there.

But next, let’s look at the 10 closest stars known to have planets. This is constantly changing, so the snapshot we give here will likely be inadequate in a few months, because new planets are always being discovered. This will, though, give you an idea of what to expect out there.

WHAT ARE THE 10 CLOSEST STARS TO EARTH KNOWN TO HAVE PLANETS?

Here’s the list of planet names with (distance in light years, spectral type of theirsun and planet mass in Earths). There are a number of unconfirmed discoveries that are not included on this list, despite their closeness.

Some may ask, “what is the nearest solar system with Earth-like planets?” but again, there is only one Sol, and that star belongs to us. A more accurate question would be, “what is the nearest planetary system with Earth-like planets?” And that may well be our next-door neighbor with its planet named Proxima b, or Proxima Centauri b.

If Proxima b supports life, conditions there are more than likely marginal. The star is a dim (cool) red dwarf. This means that a planet in the “just right,” Goldilocks zone would be tidally locked—one side perpetually facing its sun.

The other side would be in perpetual darkness. The sunlit side would be very hot, while the dark side would be frozen. Life might exist near the terminator—the shadow line between light and dark—but it would be a brutal existence, forever buffeted by dangerously cold winds from the night side.

One other possibility exists that could make Proxima b far more friendly. That would be a nearby moon that would force the planet to rotate in a period more closely resembling our own day. This would be the sweetest configuration for any red dwarf, but one of the least likely.

However, the star, Proxima Centauri, is a flare star, with wild changes in brightness that would alternately cook and freeze an otherwise Earth-like planet.

CLOSEST STARS WITH PLANETS THAT MAY BE EARTH-LIKE

All we know for certain is that these planets are roughly the right size and mass, plus relatively close to the habitable (Goldilocks) zone so that liquid water is possible. We don’t know if the planets have water, or even an atmosphere. And if they have atmospheres, we don’t know if their air is breathable or toxic.

Here’s the current list with a couple of bonus items that are presently unconfirmed. Planet name is followed by spectral type, (distance in light years, planet mass in Earths, and calculated temperature).

None of these are perfect. Many of them have masses that classify them as “super-Earths.” Their surface gravity would be significantly greater than it is on our home planet.

Many of the masses given are minimum values. This is because we do not yet know the tilt of the planet’s orbit from our line-of-sight view. Naturally, if any of those worlds are twins, one of them could have a mass far closer to that of Earth. That would make it more comfortable for human visitors. But twin worlds are likely very rare.

In our list, many of the temperatures seem dangerously cold, but those worlds could be comfortably warm, if they have a thick enough atmosphere.

Now, imagine taking your telescope out with a list of these stars. Looking at these stars will now take on a new meaning. There are planets orbiting them, and they may have life on them.

DISTANCES IN CONTEXT—MILKY WAY AND BEYOND

People new to astronomy make mistakes with the terminology. And that’s okay. We all start with no knowledge and add to what we know, piece by piece.

Some people have mixed up stars with galaxies. They’re not the same thing. A star is a hot ball of gas that gives off light. And stars are usually far larger than our Earth.Sometimes, those stars even have planets orbiting them.

A galaxy, on the other hand, is a group of stars, usually consisting of hundreds of millions to a few trillion stellar objects. They might be likened to huge cities of stars. So, when we talk of nearby stars, the distances are on the order of single-digit or double-digit light years. When we talk of nearby galaxies, the distances are in the 10s of thousands to millions of light years.

What is the closest galaxy to Earth, outside the Milky Way? That would be the Canis Major Dwarf, at about 25,000 light years (~7,700kpc). This answers the question, “How far is the nearest galaxy?” But what are some of the other galaxies nearby? Here are a few of the larger galaxies that are said to be part of the Local Group (distance in light years, estimated mass in Sols):

There are an estimated several billion other galaxies in our universe at distances measured in the millions to billions of light years away from us.

And there you have it—the 10 Closest Stars to Earth Known to Have Planets, and much more. It’s a big universe, and you can see a great deal of it with your telescope.